I’ve baked a ton of desserts over the past 10 months.  There are no favorites when it comes to baked goods, at least for me.  I love them all.  I’ve made pies, cakes, brownies, muffins, cookies and more.  Even though one of my main reasons for going vegan was to be healthier, I cannot deny my sweet tooth its cravings. 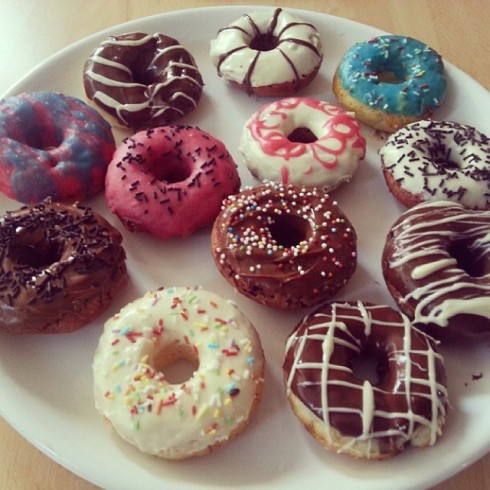 The past week in particular, I’ve baked everyday.  It probably started because of “Pi Day” on the fourteenth, but I think that’s only half the reason.  The other reason being that I’ve just been wanting sweets lately and my housemates have also wanted sweets (even if they are vegan sweets).

The good thing about my housemates is that they encourage my vegan diet, and they actually request a few of the meals and treats I have made.  Though there is no way they will ever go on a vegan diet, they don’t object to eating vegan treats and meals every now and then… but it does happen more often than you’d think.

Well, I had to skip on the raisins since we didn’t have any and no one was home to drive me to the store to get some.  But they taste just as good.

Sly is a 18 year old college student who enjoys photography, riding his bike, cooking vegan meals, reading, and web design. Oh, he enjoys writing too. END_OF_DOCUMENT_TOKEN_TO_BE_REPLACED
This entry was posted on Friday, March 20th, 2015 at 3:51 pm and tagged with cookies, doughnuts, food, lifestyle, vegan, vegan baking, vegan diet and posted in Lifestyle, Vegan Living. You can follow any responses to this entry through the RSS 2.0 feed.
« Meet the Campbells: Scotty
Vegan Lemon Meringue Pie »